The Organisation for Economic Co-operation and Development has backed the Environmental Protection Ministry’s claim that using natural gas rather than renewable energy as the main source for Israel’s electricity in the coming years will imperil efforts to bring the country’s carbon footprint down to zero in the second half of the century.

In a brief for policymakers, the OECD’s Environment Directorate wrote, “Carbon dioxide emissions in particular need to fall to zero on a net basis in the second half of this century, if Israel is to do its fair share in international efforts to reduce climate change risks.

“The use of the recently discovered natural gas resources in Israel can reduce global warming (GHG) emissions (compared to coal), but creating an electricity system based predominantly on natural gas will jeopardise deep decarbonisation goals due to the lock-in of carbon intensive infrastructure and will not fully resolve air pollution problems.


“Solar PV (photovoltaic), in contrast, is cheaper than gas and its use would reduce air pollution and improve health, create jobs as well as provide other benefits.

“Pricing fossil fuels according to their carbon content — and other external damages from extraction and use — will discourage the use of natural gas.

“In the meantime, Israel can scale up renewable electricity deployment by removing administrative barriers, upgrading the transmission network, and promoting energy efficiency to reduce future strain on the grid.”

The OECD’s Environment Directorate has been helping the Environmental Protection Ministry to develop a roadmap for cutting greenhouse gases in the electricity, residential and transport sectors and developing a strategy for coping with climate change and its economic, environmental and social implications.

The Environment Ministry wants at least 40 percent of electricity to be generated by renewables by 2030, while the Energy Ministry is sticking by 30%, with 70%  to be provided by natural gas, claiming that by reaching 30% Israel will become a world leader in solar energy. 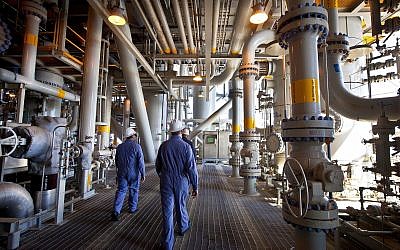 The Energy Ministry is still promoting fossil fuel exploration in the Mediterranean Sea and the construction of new, gas-fired power plants, two of which are already operating, despite Environment Ministry opposition to the building of any new such plants. The latter warns that it takes some seven years to build a power plant that will be still be operational in 2050, by which time many developed countries will already have power that is 100%-based on renewables.

The two ministries differ over the extent to which solar energy storage — a relatively new invention — is sufficiently available. Storage backup is an essential tool for ensuring that electricity still flows when the sun is not shining. They also disagree about the amount of open land that will be needed for an expanded solar-based energy infrastructure.

The OECD brief recommended that the government use a “well-being lens” as a tool to help decide on the trade-offs needed between cutting global warming gases and protecting biodiversity versus ensuring that Israelis have income, jobs, affordable housing, reliable energy, good air quality, a high level of health and urban quality of life. 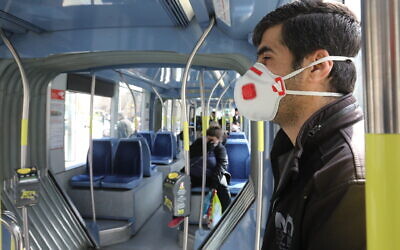 On housing, the report advocated sustainable construction, the extension of green building codes and introduction of emissions limits, funding for special eco-neighborhoods and measures to make cities more compact but livable, with green space, efficient water and waste systems, and frequent transportation options.

On transportation, the document called for the creation of a “user hierarchy,” where low-carbon, low-space forms of transportation get preference over private cars and more emphasis is put on public transportation and bikes.

Those using private cars and other less preferable forms of transportation should be deterred via tools such as parking fines and congestion charges, it added.

Among other recommendations, the report also called for phasing out tax benefits for diesel consumption and for regularly updating the car purchase tax to favor low carbon models.

A favourite lie of the environmental movement takes another blow

Carbon intensity of power sector down in 2019

Protests Over Police Killings Rage in Dozens of US Cities