In quantitative terms, this means cutting emissions from 79 metric tons of carbon dioxide equivalent (MtCO₂e) in 2015 to 58 MtCO₂e by 2030 and to 12 MtCO₂e by 2050. The latter target will be “periodically revisited.”

A carbon dioxide equivalent is a metric used to compare emissions from various greenhouse gases on the basis of their global-warming potential compared to CO₂.

Children cool off in a water fountain in Jerusalem during a heatwave, June 26, 2011. (Yossi Zamir/Flash 90)

These reductions are absolute. In its first submission in 2015, Israel’s targets were expressed in per capita cuts that did not entail a reduction in absolute terms, because the population continued to grow.

The document sent to the UNFCC on Thursday, and made public on Sunday, also sets out sectoral targets for GHG emissions cuts. 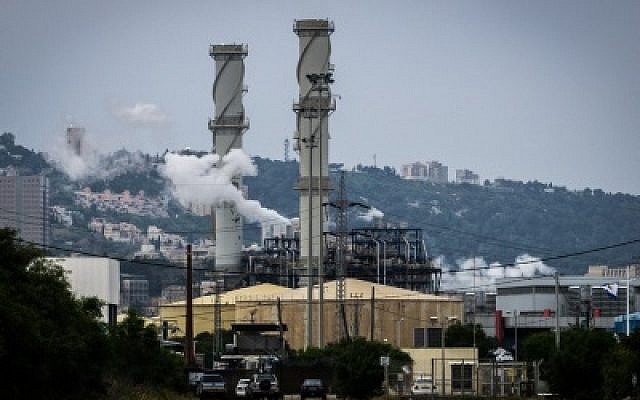 Furthermore, all cars weighing up to 3.5 tons that are registered in 2030 will have to emit no more than 5% of the average global warming gases emitted by similar-sized vehicles registered in 2020.

Finally, Israel plans to create a voluntary mechanism for reporting and publicizing data about GHG emissions resulting from products and services manufactured in and imported to Israel.

The document draws attention to the Environmental Protection Ministry’s National Waste Strategy, published earlier this year, which aims to cut the amount of waste sent to landfills from 80% in 2020 to 20% by 2030, ensure that no untreated organic waste or cardboard reaches landfills by 2030, and cut methane emissions from garbage dumps, which contribute to global warming, by at least half. 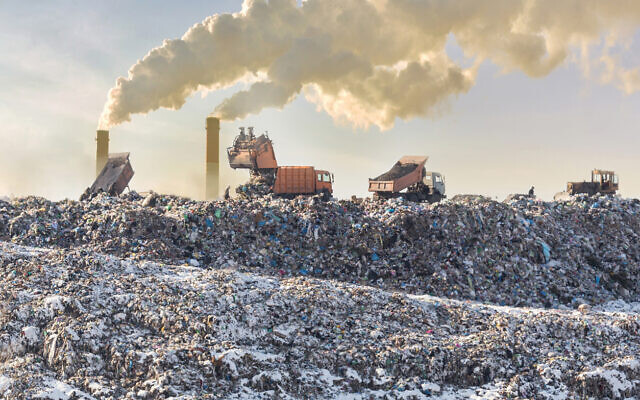 “The government intends to review the national GHG reduction goals and strategy every five years, which will also include an independent review process,” the document says.

The goals emerged out of a two-year process, launched by the government in early 2019, to formulate Israel’s Long-Term Low-GHG Emission Development Strategy for 2050. The process involved government departments, academia, civil society groups and many other relevant members of the public, under the guidance of the Israel Democracy Institute and the OECD.

Five sectoral working groups (power generation, transportation, industry, waste, and cities and buildings) were established, as well as a macroeconomic team and a social impacts team.

From now on, according to the submission, an inter-ministerial steering committee for GHG emissions reductions will be submitting annual reports to the government on progress.

A week ago, the cabinet issued a government decision on the targets, in what Prime Minister Naftali Bennett called a “precedent-setting decision.”

He said then the move will “gradually shift Israel to a low-carbon economy, with a long-term view of the country’s future.”

Just before the cabinet vote, Bank of Israel governor Yaron Amir advised the government to prepare an alternative plan for even greater emissions cuts, in case of an unexpected acceleration in the effects of global warming.

Reflecting the oft-repeated accusations of green organizations, Greenpeace Israel responded to the decision by charging that the Finance Ministry’s budgets division and the Energy Ministry had put the brakes on “what in an era of climate chaos should have been a clear target — a reduction of 100% emission by 2050.” It described the goals as “a disgrace.”

All signatories — including Israel — to the 2015 United Nations Paris Climate Accords must submit more ambitious targets for emissions cuts in the run-up to the planned COP26 conference planned for Glasgow, Scotland in November. The summit was postponed last year because of COVID-19.


You’re serious. We appreciate that!


We’re really pleased that you’ve read X Times of Israel articles in the past month.

That’s why we come to work every day – to provide discerning readers like you with must-read coverage of Israel and the Jewish world.

So now we have a request. Unlike other news outlets, we haven’t put up a paywall. But as the journalism we do is costly, we invite readers for whom The Times of Israel has become important to help support our work by joining The Times of Israel Community.

For as little as $6 a month you can help support our quality journalism while enjoying The Times of Israel AD-FREE, as well as accessing exclusive content available only to Times of Israel Community members.

Already a member? Sign in to stop seeing this

Limiting Global Warming Will Create Millions of New Jobs, And We Need to Act Now

Surge in Survival Courses for Manhattan Climate Change Worriers – Watts Up With That?

Surge in Survival Courses for Manhattan Climate Change Worriers – Watts Up With That?

Weekly Climate And Energy News Roundup #471 – Watts Up With That?