Hundreds of people gathered for protests across the country on Friday as part of a global climate strike.

A rally closed off one side of Merrion Square in Dublin, as protesters gathered to demand urgent action to tackle climate change.

Demonstrators also held a minute’s silence for the people of Ukraine at the event, organised by Fridays for Future.

Speaker after speaker called on the Government and world leaders to do more to tackle the threat of global warming and climate change.

The Green Party was warned that young voters would be scrutinising its record in Government at the next election.

Speakers were cheered on with whoops and applause from a crowd that contained scores of schoolchildren in uniform.

Some politicians joined the protest for a time on Friday afternoon, which brought a carnival atmosphere to the street only a short walk from Government Buildings. 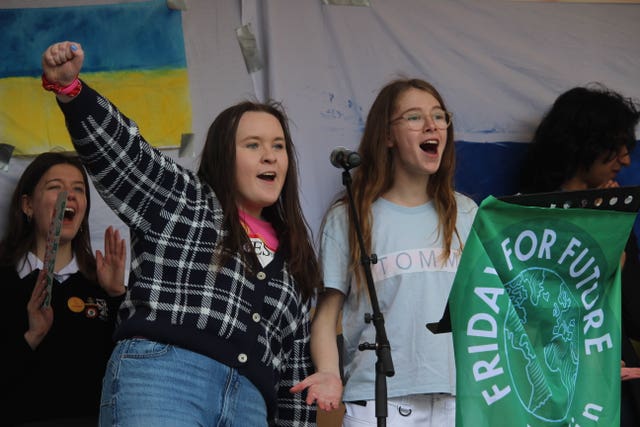 Nineteen-year-old Aine Dempsey, one of the speakers at the rally, is already a seasoned climate activist.

This is her third year of being involved in the Fridays for Future climate movement.

She said the Government is “clearly not” doing enough on climate change.

“But the climate crisis has not gone away throughout all of this.

We are here today to put the climate conversation right back on the map, right back in your face, because we are actually running out of time.

Anya Bazilo, from Kyiv in Ukraine, also spoke to protesters as she waved a Ukrainian flag.

She fled from her city to join family in Ireland following the outbreak of war.

“You see a smile on my face because I see your amazing energy and your amazing smiles and your look into the future that you want to live in.

A beautiful, safe environment for all of us – for Ireland, for Ukraine, for Europe, for the world.

“Thank you very much for putting a smile on my face for the first time. Thank you.” 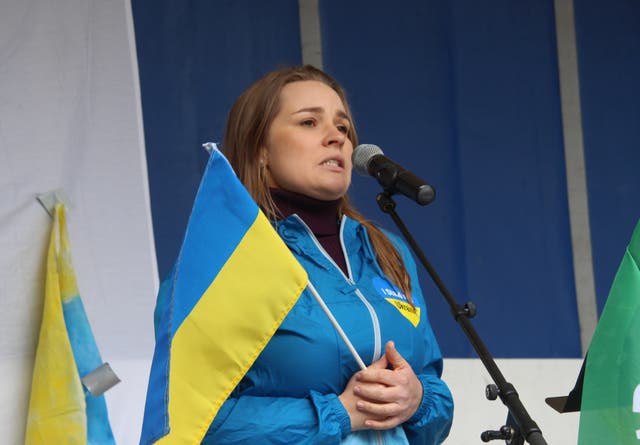 In Dublin, Oluwaseun Ola Sabigurl also spoke from the stage about the experience of people in direct provision and the importance of including all voices in climate activism.

Protests took place across the island, with climate protesters also gathering in Cork, Galway and Belfast.

At the protest in Belfast, Kay Laverty, from Fridays for Future Northern Ireland, challenged Stormont politicians to make good on commitments to reduce emissions legislated for in the recent Climate Change Act.

“We’ve had a whole bunch of people here to raise awareness about the climate crisis and put pressure on the NI assembly to act on the climate bill that they have made,” she said.

“They laughed at us when as an environmental movement 40 years ago we started talking about the dangers of climate change and its impact on our natural world and on our people,” he told the crowd that gathered in the city centre for the demo.

“They laughed at us, they ignored us, now those who used to be deniers are only delayers and we will not let them delay us as we demand a more just, fair and greener world.”

How Will Climate Change Affect Us? Everything You Need to Know

How Churchill, Canada, the Polar Bear Capital of the World, Is Dealing With Climate Change