In the not too distant future, global warming could deprive Japanese cuisine of an essential element: “konbu,” or edible kelp.

A Hokkaido University research group has warned that 11 principal breeds of natural konbu may cease to exist by the 2090s.

That also poses a threat to sea urchins, prized as a delicacy themselves in Japan for the edible part called “uni,” and other sea fauna that depend on this ecological system for their survival.

Researchers at the university’s Field Science Center for Northern Biosphere, headed by professor Masahiro Nakaoka, predicted the habitat distribution of konbu in the 2040s and 2090s.

They worked out various scenarios in which a rise in seawater temperatures could kill off breeds of konbu, including the most popular types such as “naga-konbu” and “ma-konbu.”

If global warming advances at the current pace, the seawater temperature around Hokkaido, the northernmost of Japan’s main islands, will rise by as much as 10 degrees Celsius in the 2090s compared with the 1980s, the group said. The habitat distribution of konbu will thus likely be reduced to between zero and 25 percent of that in the 1980s, they said.

They calculated that even if the pace of global warming slows, naga-konbu, a long konbu kelp best suited for meals such as “oden” hot-pot dishes, and three other breeds of konbu may vanish from dinner tables by the 2040s.

The supply of konbu in the market has declined each year, according to an Osaka-based Japanese konbu association. There was an estimated 13,000 tons of kombu produced in fiscal 2019, compared with a peak of 38,000 tons in the year ending in April 1990. The bulk of edible konbu is gathered in waters around Hokkaido.

Konbu Doi, a konbu wholesale processor, also located in Osaka city, distributes natural ma-konbu from Shiroguchihama, Hakodate in Hokkaido. The thick, broad leaves are used to produce high-quality broth, and supplied to traditional Japanese restaurants, among other locations. But the prices the company pays for the konbu have roughly doubled from five years ago.

Junichi Doi, 45, the company’s president, laments that the price hike has made it difficult to continue doing business as usual with natural konbu alone. “Though we also handle cultured konbu now, the quality has fallen,” he said.

Naga-kombu, which is also used in Japanese traditional “tsukudani” preserved foods, may be being affected by rising seawater temperatures ahead of other breeds, said Kenji Sudo, a member of the group. 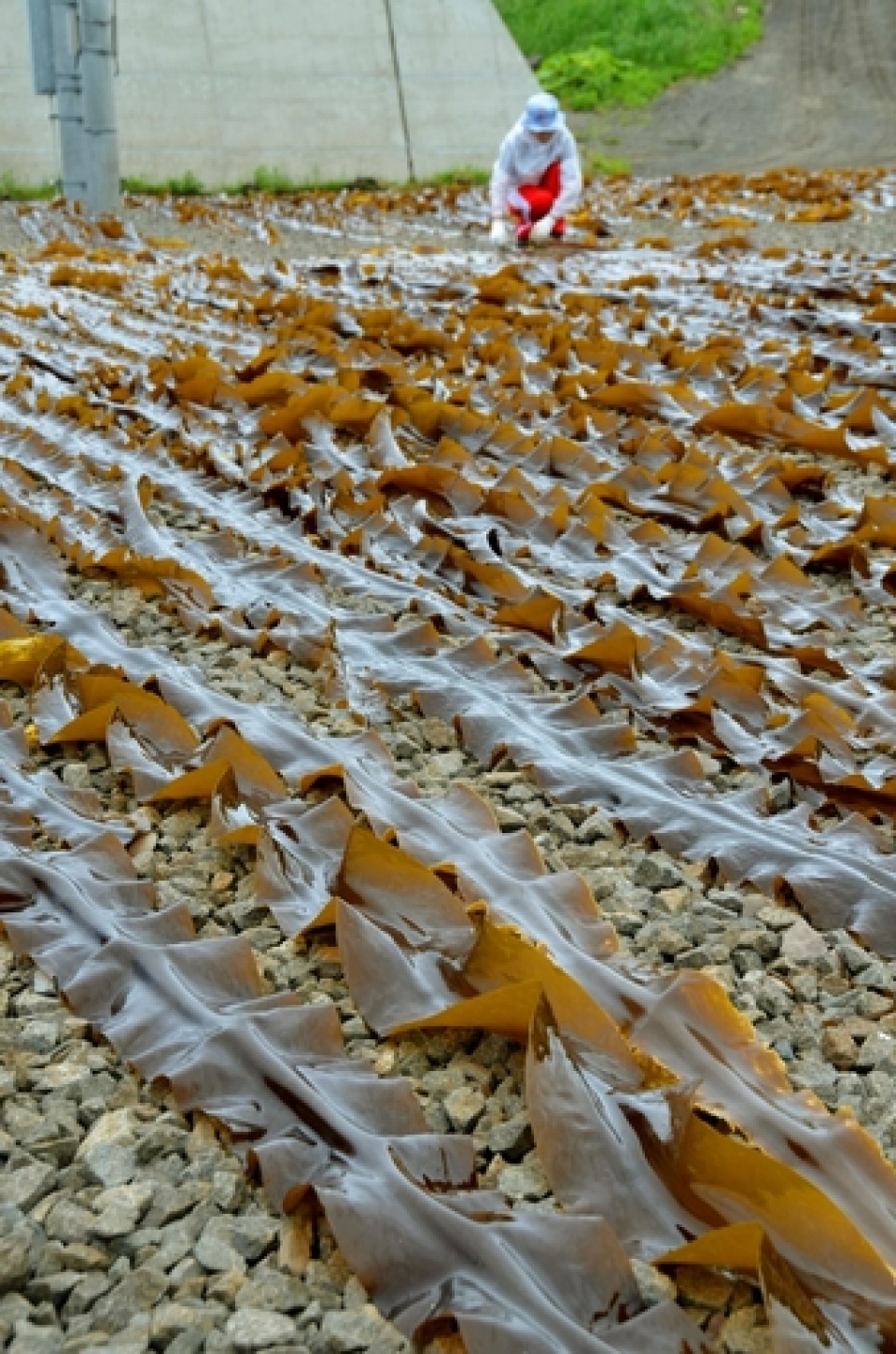 While naga-konbu is used in oden as it is soft and easy to chew, Sudo said, “convenience stores may raise prices of konbu in oden or even stop using it.”

Seaweed beds, where konbu grows densely, are rich in sea fauna such as urchins and abalones, and sea otters and other marine animals gather there to eat them.

Short-spined sea urchins and “kitamurasaki” sea urchins, which rely on konbu for survival, may cease to exist, said Yukio Agatsuma, a professor at Tohoku University familiar with ecological systems in coastal sea areas and reefs.

Agatsuma said the drop in edible kelp attributed to global warming could hurt those seafood products as well.

Because of Rising CO2, Trees Might Be Warming the Arctic

State of the Industry: Bunker Suppliers, Ship Owners in for Harder Times

Regenerative agriculture is good for soil health. But are there limits to its climate mitigation potential?

On Pandemics, Pork Chops and Chicken Nuggets – Voice of OC