The worldwide occupation with coronavirus is pushing another looming disaster — global warming — off the public agenda.

The media is reporting little other than COVID-19-related news, and the United Nations has canceled a swath of climate change related meetings.

Coronavirus is bringing some short term benefits in that the worldwide shutdown of industry and the drastic reduction in transport have cut fossil fuel use and pollution, and improved air quality.


Blue skies have appeared over Beijing for the first time since many can remember.

According to one estimate, the reduction in China’s pollution over two months has probably saved the lives of 4,000 children aged under five and 73,000 adults over 70, way exceeding the 7,500 global deaths from coronavirus so far.

Even over Israel, the skies appear to be relatively clear. A map of air quality issued by the Environmental Protection Ministry on Wednesday had the entire country painted yellow, denoting “medium pollution.” Absent are the red, “high pollution” areas which often collect around industry hotspots such as northern Israel’s Haifa Bay.

‘We will not fight climate change with the virus’

Last week, though, UN Secretary-General António Guterres warned, “We should not overestimate the fact that emissions have been reduced for some months. We will not fight climate change with the virus.

“It is important that all the attention that needs to be given to fight this disease does not distract us from the need to defeat climate change.”

Speaking after the publication of a World Meteorological Organization (WMO) update on global warming, which confirmed that 2019 was the hottest year on record, Guterres said, “Global heating is accelerating. We have no time to lose if we are to avert climate catastrophe. Let us have no illusions. Climate change is already causing calamity, and more is to come.”

The International Energy Agency’s executive director Fatih Birol, meanwhile, urged global governments last week not to halt their investments in transitioning to clean energy, despite the economic and financial battering that coronavirus is visiting upon the world.

The Guardian newspaper noted that analysts had already cut forecasts for new solar power projects by 8% and reduced predicted sales of electric cars. too. 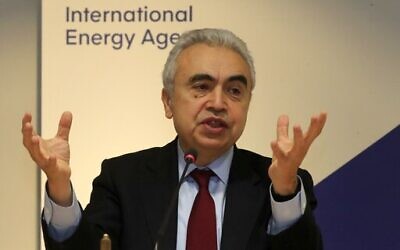 Birol said governments should use the economic stimulus packages planned to kickstart coronovirus-hit economies to push forward investments in clean energy technologies. “If the right policies are put in place there are opportunities to make the best of this situation,” he said.

It remains to be seen whether nations in lockdown will be able to maintain some of the sustainable practices adopted in haste to curb exposure to COVID-19, such as working from home. 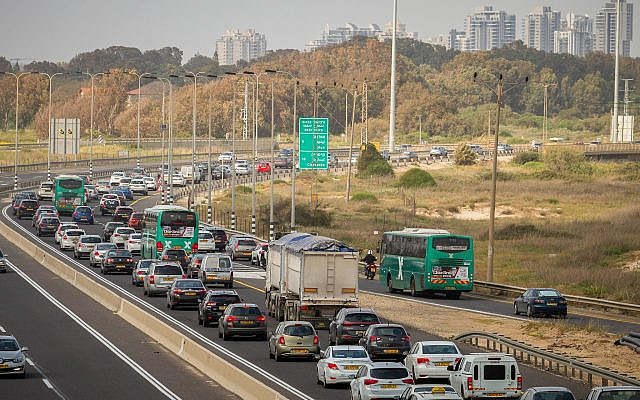 Over the past 40 years (1976 to 2017) the density of vehicular traffic in Israel more than tripled and today stands 3.5 times higher than the average in OECD countries.

Last month, a report by the Israeli Society of Ecology and Environmental Sciences in partnership with the Environmental Protection and Transport ministries, recommended that public and private sector employers adopt the model of remote working to help reduce road congestion, greenhouse gas emissions and air pollution while also saving money on transportation and office space and helping to promote equal opportunities in the employment market.

Corona: ‘The best way to show that life is fragile’

Victor Weis, director-general of the Heschel Center for Sustainability, wrote Tuesday, “These past few weeks in the shadow of the corona virus have been the best way to show humanity that A. Life is fragile. B. Whatever you think, nature is stronger than we humans are. C. When we believe that our actions will save lives, governments are able to set rules that people will follow, no matter how drastic the change needs to be.

“Covid-19 will eventually go away, but I hope that the lesson is learned. To fight climate change we must make drastic changes in our lifestyles, not short-term changes, but long-term changes that help us get the future we wish for ourselves and for our children. We need to make our communities more resilient by supporting local production. We need to reduce consumption to reduce the humongous amount of waste we created. And finally, we need to encourage businesses which contribute to society as a whole. There’s no time to lose, and we need to do it together.”

Why the different response to coronavirus, climate change?

In a thought-provoking article published last week, David Comerford of the Behavioural Science Center at Scotland’s University of Stirling, said that coronavirus gave him hope that humankind could also tackle global warming but raised questions about why the response to the two crises was so different.

The two are similar in that they involve an escalating probability of disaster,  disruptions to our lifestyles, the need for societies to cooperate to face the threat, and the acknowledgement by governments that the issue needs tackling urgently, he wrote.

So why has the response to each been so different?

Alon Tal, a veteran Israeli environmental campaigner and the founder of several environmental organizations, including Adam Teva V’Din, said, “I think that we have a great deal to learn from these ongoing, bizarre epidemic dynamics that can be applied to our efforts to address climate change. The first thing is this: People aren’t changing their behavior because they want to be good citizens. Perhaps there are a few who are staying indoors out of fear of getting apprehended for violating quarantine restrictions. But most of us are doing it because we don’t want to infect our parents – or grandparents or other high risk people we care about. 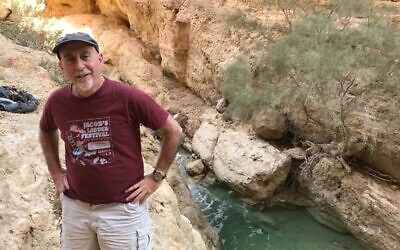 “The ability to personalize the damage of behaving irresponsibly is very important. It’s something we don’t do enough in the climate change discourse. When we talk about taking action for the good of ‘future generations’ it doesn’t seem to have much traction.

“I don’t think that’s because we don’t love our children. It’s because with such a distant unimaginable risk — we can’t imagine that our children may have water shortages, or suffer flooding like that tragic young couple that were trapped in the elevator in south Tel Aviv. So we have to do a better job of getting society to make the leap of empathy – and that means putting a face on the likely victims with whom they can identify and that they love.” 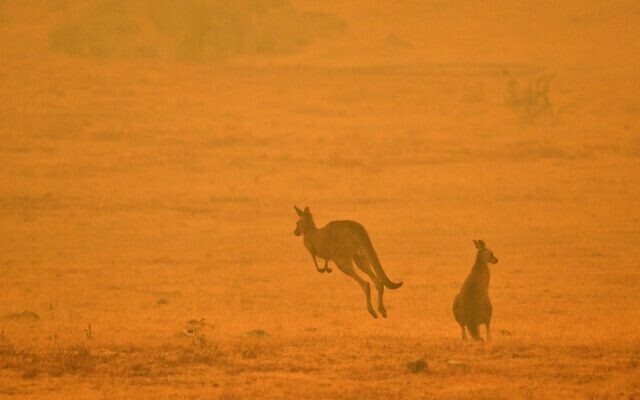 Do frightening images such as these, of kangaroos in an Australian field amidst smoke from a bushfire, encourage people to act on climate change? (SAEED KHAN / AFP, January 4, 2020)

Professor Tamar Ronen Rosenbaum, Dean of the Faculty of Social Work at Tel Aviv University, and an expert on positive psychology, does not believe that fear of environmental destruction motivates people to act.

She has coined the term “positive sustainability.” 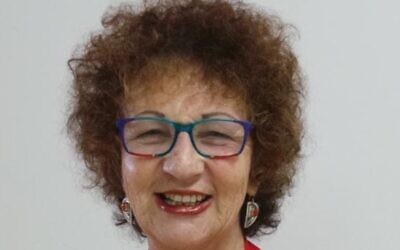 Rather than taking the usual approach to global warming by focusing on the environment and what people have to do to reduce the threats to it — often involving a view that we must immediately do everything possible to reduce our environmental footprint —  positive sustainability starts from people, she explained.

“People want to feel good, to be happy. They want quality of life and they don’t like to feel that they’re sacrificing things,” she said. A person who felt good, hopeful and optimistic about him or herself was more likely to be optimistic toward the world around and to take small steps, one at a time, to help make that world healthier. Those small steps, multiplied by all the individuals taking them, would contribute meaningfully to the environment.

Alon Tal think she may have a point.

“Typically, conventional, old-school, environmental advocates like myself rely on fear — the sea is rising, the frequency of extreme storm events is increasing, summers are getting a lot hotter,  civilization will surely collapse. But it seems that empirical studies show that this sort of messaging actually is mostly successful in paralyzing people. Rather than mobilizing, many people despair and do nothing. I call it the ‘Party on the Titanic’ phenomenon.  It seems that hitting the iceberg is inescapable, so we might as well enjoy the festivities and have as good a time as we can until we all go under.

“Perhaps it would indeed be more effective in terms of catalyzing change in individual behavior if we gave people a positive sense of purpose and joy in making sustainable, climate-friendly changes in their lives,” he said.

Are We Past the Peak of Big Oil’s Power?