Climate change protestors have hung provocative banners and chained themselves to the doors outside Treasurer Josh Frydenberg’s office.

Up to 30 Extinction Rebellion members climbed awnings from 8.30am on Thursday before lighting flares and draping a series of hand-written signs.

The signs claimed the government was failing in its  ‘duty of care’ to save Australia from global warming and Mr Frydenberg was ‘failing to protect the people’.

One protestor, known only as Elvy, felt it was a matter of ‘taking a stand for our future and the ecosystems on which we depend’.

‘Josh Frydenberg has a responsibility to direct funding to the emergency transition that is so desperately needed,’ he said.

‘The government has a duty of care to all of us.’

Other protestors elected to padlock themselves to the treasurer’s office door in a show of defiance and unity.

Mr Frydenberg was believed to be interstate with the protest in full swing, preparing for a day in parliament in Canberra.

On its website, Extinction Rebellion refer to themselves as a global movement, with its core strategy of ‘mass disruption of city centres through non violent civil disobedience’. 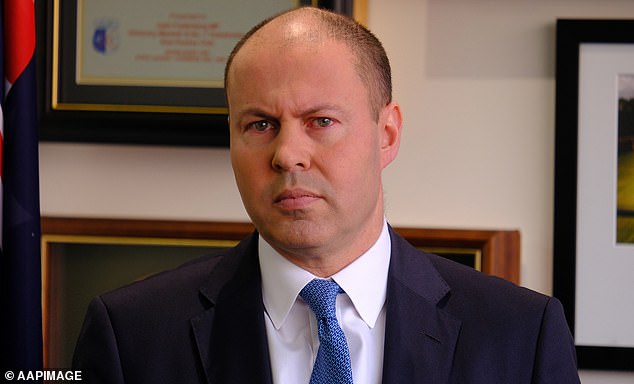 Treasurer Josh Frydenberg (pictured) was in Canberra when the protest was staged, preparing for a day in parliament

They insist the Australian Government must ‘tell the truth’ by declaring a climate emergency and also want to bring greenhouse gas emissions to net zero by 2025.

Future protests – in person and online – are planned by the group across Melbourne and Sydney over the next few days.

In May, thousands of people – including scores of high school students – swarmed Sydney’s CBD protesting for action on climate change.

The crowd gathered out the front of Sydney’s Town Hall,  holding signs reading: ‘Scomo is a climate criminal’ and chanting ‘we shouldn’t be here, we should be in school’.

Save the Penguins! – Watts Up With That?

Oregon Climate Plan Is First in U.S. to Account for 'Blue Carbon' Benefits of Coastal Habitats

Oregon Climate Plan Is First in U.S. to Account for 'Blue Carbon' Benefits of Coastal Habitats

How do higher waves cause more ice clouds? Researchers claim expedition into arctic sea explains – Watts Up With That?

Weekly Climate and Energy News Roundup #470 – Watts Up With That?

Climate pledges put world on ‘catastrophic pathway’” – Watts Up With That?

Green Britain faces food shortages as energy crisis shuts down factories – Watts Up With That?