A University of Auckland-led research showed for the first time at a global scale and across all kinds of species that marine life has been changing its distribution away from the equator in direct response to climate change.

As predicted by climate warming, the number of species has decreased at the equator and increased in the sub-tropics since the 1950s.

This was the case across all 48,661 species, and when they were split into those living on the seabed (benthic) and in open water (pelagic), fish, mollusks and crustaceans. 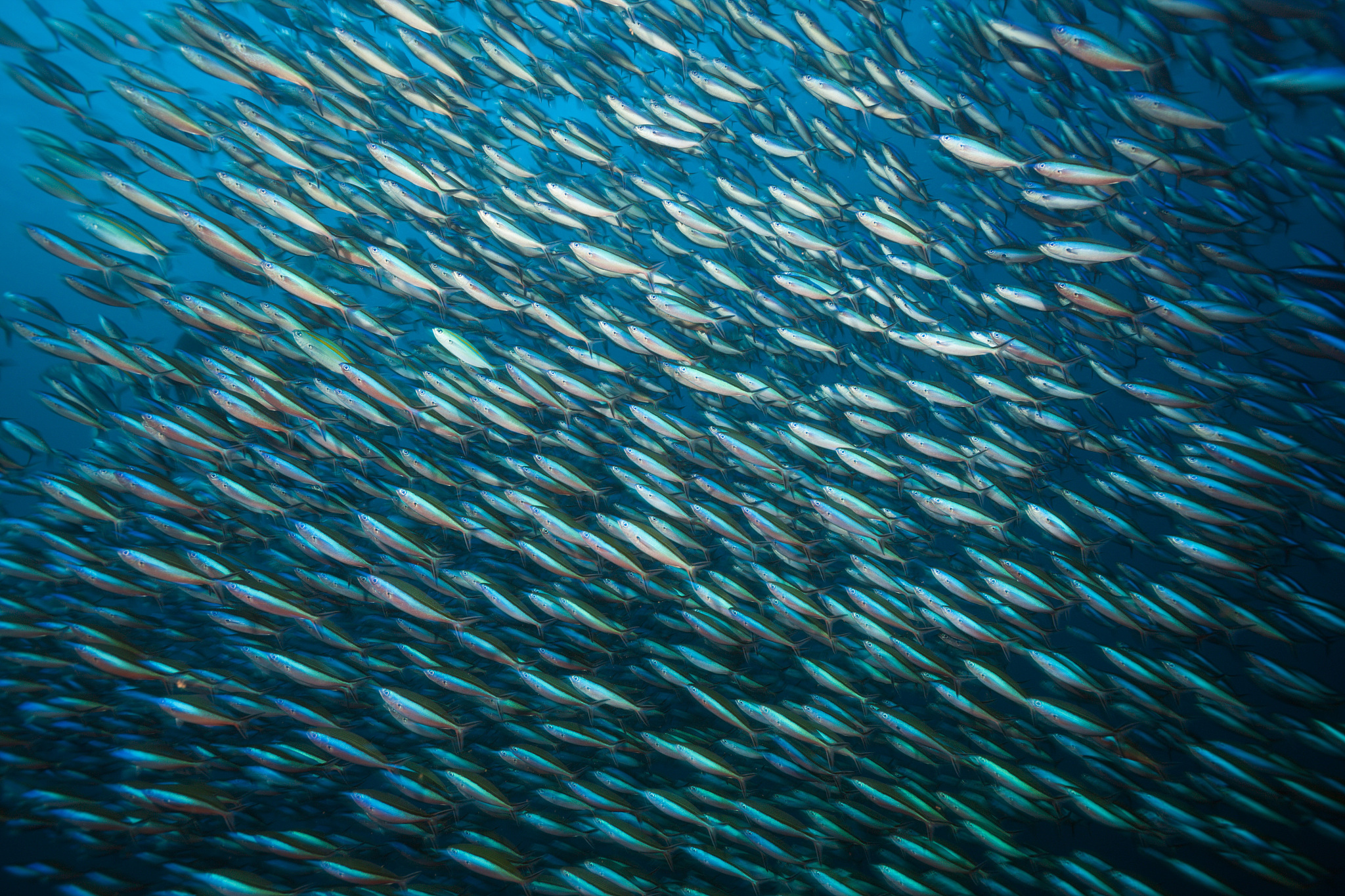 The study was the culmination of lead author Chhaya Chaudhary’s PhD at the University of Auckland and was built on a range of studies in a research group that studied the data on particular taxonomic groups in detail, including crustaceans, fish and worms. 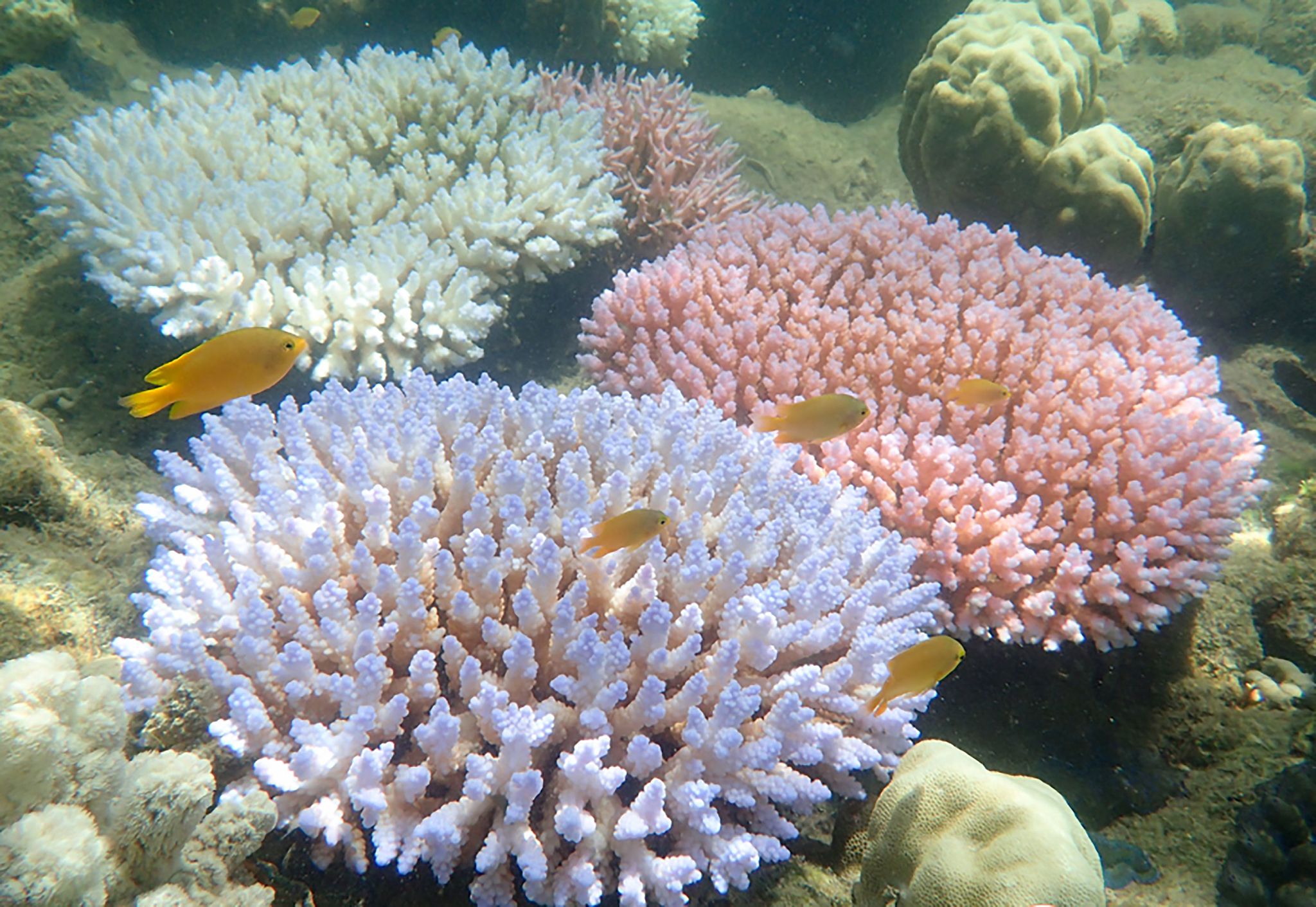 Photo from 2018 shows a mass bleaching event on a coral reef at Orpheus Island on Australia’s Great Barrier Reef due to warmer and more acidic ocean. /CFP

Photo from 2018 shows a mass bleaching event on a coral reef at Orpheus Island on Australia’s Great Barrier Reef due to warmer and more acidic ocean. /CFP

The data were obtained from the Ocean Biodiversity Information System (OBIS), a freely accessible online world database whose establishment was led by the university’s Professor Mark Costello as part of the Census of Marine Life, a global marine discovery program from 2000 to 2010. The records of when and where species were reported were summed into latitudinal bands and a statistical model was used to account for variation in sampling.

Last year, Professor Costello co-authored a study showing that while marine biodiversity peaked at the equator during the last ice age, 20,000 years ago, it had already flattened before industrial global warming. That study used fossil records of marine plankton buried in deep sea sediments to track the change in diversity over thousands of years.

This latest study on a decadal timescale shows this flattening has continued in the past century, and the number of species now dips at the equator. The study, and others in progress, show that the number of marine species declines once the annual mean sea temperature is above 20 to 25 degrees Celsius (varying with different kinds of species).

As one of the Lead Authors on the current 6th Assessment Report of the International Panel on Climate Change (IPCC), Professor Costello said the findings are significant.

“Our work shows that human-caused climate change has already affected marine biodiversity at a global scale across all kinds of species. Climate change is with us now, and its pace is accelerating.

“We can predict the general shift in species diversity, but because of the complexity of ecological interactions, it is unclear how species’ abundance and fisheries will change with climate change.”

(All photos via CFP.)

(If you want to contribute and have specific expertise, please contact us at nature@cgtn.com.)

Greta Thunberg Threatens to Boycott the Glasgow COP26 Climate Conference – Watts Up With That?

Climate Is Taking On an Outsize Role for Voters, Research Suggests

Fire season roared into California this year — how much worse will it get?

UN to world leaders: To curtail warming, you must do more

How do higher waves cause more ice clouds? Researchers claim expedition into arctic sea explains – Watts Up With That?

For India’s 360 Million Poor, Energy Poverty Is Not An Option