“When temperatures do odd things…”: How this map reveals a warning for the climate

I’m trying to work but my heart is pounding. I’m in my daughter’s bedroom, the only air-conditioned room in our house. Outside, the French summer roasts at 109 degrees Fahrenheit. But it’s not just the outdoor heat that makes me feel light-headed. I’m reading research papers on climate change with titles like “Accelerating Extinction Risk” and “Accelerated Dryland Expansion.” Everything seems to be accelerating, my pulse included. Thoughts race, too: How bad is it, really? Are we all doomed? Should I start homeschooling my daughter in martial arts, shooting and forest gathering? Should I get a Xanax — or stay true to my Polish roots and just drink some vodka?

Scientists already have several terms for what I’m experiencing. Some call it climate anxiety. Others call it pre-traumatic stress disorder or solastalgia — distress over seeing the natural environment negatively transformed. There is also “reef grief” — named after the heartache people describe over the loss of coral reefs. Name notwithstanding, one thing is clear: Worry and fear surrounding global warming is sharply increasing, taking a toll on many. An American attorney, David Buckel, tragically went so far as to set himself on fire in 2018 to protest the use of fossil fuels as a global pollutant.

The Gloom of Impending Doom

Sixty-nine percent of Americans said they feel at least somewhat worried about the climate in a late 2018 survey by Yale and George Mason universities. Twenty-nine percent said they’re very worried, double the rate found in a similar study conducted four years earlier. Britons feel nearly as much anxiety about climate as they do about Brexit. Groups like the American Psychological Association have started to take note of the global trend, acknowledging in a 2017 report that some people “are deeply affected by feelings of loss, helplessness and frustration due to their inability to feel like they are making a difference in stopping climate change.” I can relate.

Yet apart from surveys and anecdotal data, we still lack much solid research on what exactly climate anxiety is and how it may differ from more traditional fears — like that of heights or general uncertainties. Among the few studies done on the issue, I found one particularly reassuring: When researchers surveyed more than 130 participants, they found almost zero correlation between ecological worry and general anxiety or any specific personality traits. I can rest assured that my global-warming panic doesn’t necessarily mean I have an undiagnosed mental illness.

Susan Clayton, environmental psychologist at the College of Wooster, in Ohio, compares it to anxiety felt before a job interview — it makes perfect sense, simply because there are plenty of real reasons to worry. That said, climate anxiety could turn pathological in some cases. “If it makes it difficult for you to sleep, to socialize, to work — if it’s interfering with your ability to function in a general way,” you are in trouble, she explained. I’m not there yet.

What’s fueling your climate fears matters, too. A recent study, for instance, showed that nature and animal lovers face more overwhelming fear than, say, a skier worried about losing fresh powder on the slopes. People who just worry about climate cramping their lifestyle aren’t feeling the stress in the same way. Research also shows that when concerned nature lovers act on their climate anxiety, it can prevent depression from setting in.

As I’ve plunged deeper into my own climate anxiety, I’ve felt envy toward those who seem untouched by such fears. Admittedly, it would be nice to go about my days without my blood pressure skyrocketing over extinction risk. But scientists at the University of California, Berkeley, found that climate change skeptics may be using their beliefs as a shield to deal with such an overwhelming threat.

In one experiment, researchers polled participants’ thinking before and after reading either an apocalyptic-sounding article, or a similar story with a positive spin. People who believed in a just world were less convinced climate change was real after reading about impending doom.

It’s really no surprise, since we know how threatening information can paralyze us. Neville Ellis, an environmental scientist at the University of Western Australia, describes climate denial as a way that people cope with eco-fears. In his work with residents of Australia’s Wheatbelt, he says, “Some [people] were telling me, ‘Look, I can’t afford to believe in human-caused climate change because if that’s so, then my land is going to turn into a desert and that would be just too sad.’ ”

For me, the presence of sadness and grief rivals that of the anxiety. Just thinking about trees constantly falling in the Amazon makes me feel as if someone has died. That’s normal, Ellis assures me. Together with a colleague from Labrador Institute of Memorial University, Ellis investigated ecological grief among farmers in rural Australia and Inuit communities in Canada. They discovered that eco-grief often comes in three varieties: grief over physical losses (like flood devastation or deforestation), grief associated with loss of identity, and grief over anticipated future ecological losses. And these feelings pose an extra challenge since we’re not used to talking about them.

“People might feel the grief, but it’s not something that has been legitimized in society,” Ellis says. Most of Western society lacks rituals to help us mourn nature. There are no monuments for the Amazon forest, no last rites for extinct species. Yet things are changing: In 2019, a community in Iceland came together for a funeral for a melted glacier.

The coming together part is important. Clayton believes that talking to like-minded others makes it easier for climate scientists to deal with eco-anxiety. Climate researchers often use dark humor and develop thick skin to keep going. They also play up the positives — focusing on the meaning they get from their jobs, being part of a community and their love for science. 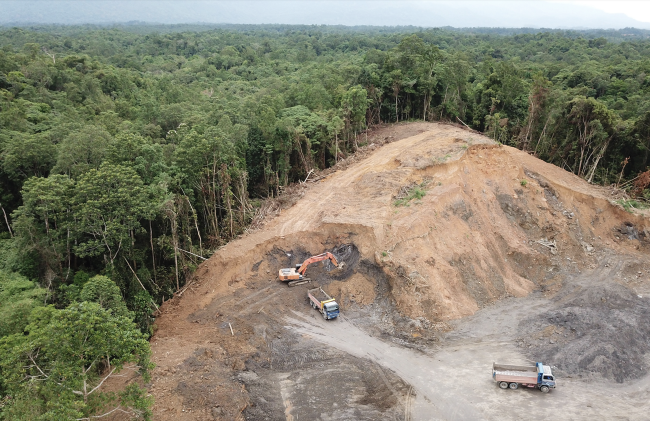 Clayton tells me I might benefit from emulating these scientists. I could find a close-knit community to talk through my climate dread, and seek meaning in the environmental challenges our planet is facing. Write letters to decision-makers. Engage myself more in making my town more climate-friendly.

In fact, focusing on how to solve problems is one of the best ways to deal with stress related to global warming. One study found that, besides problem-solving, four key strategies work well to relieve environmental anxieties: expressing emotions, taking pleasure in nature, focusing on your own health and, rather bizarrely, wishful thinking, or hoping that things will somehow work out.

When I step back, one thing becomes clear. We need role models for how to talk about our climate worries and how to deal with them. We also need to start discussing these issues openly, admitting our fears without shame. We should do it together, almost like group therapy. So, I’ll go first: Hello, my name is Marta, and I have climate anxiety. I’m scared about the future of our planet. I’m grieving.

Marta Zaraska is a Canadian science writer and author of Growing Young: How Friendship, Optimism and Kindness Can Help You Live to 100.

Clean energy? The world’s demand for copper could be catastrophic for communities and environments – Watts Up With That?

“When temperatures do odd things…”: How this map reveals a warning for the climate

Clean energy? The world’s demand for copper could be catastrophic for communities and environments – Watts Up With That?

Leading Astrophysicist & Geoscientist talks facts about Agriculture and “Climate Change” – Watts Up With That?