Forecast models encounter reality | Watts Up With That?

Both conservatives and liberals want a green energy future, but for different reasons

“As Americans focus their attention on a safe and healthy reopening of our country, it remains critically important that we also remember to make the necessary preparations for the upcoming hurricane season,” said Secretary of Commerce Wilbur Ross. “Just as in years past, NOAA experts will stay ahead of developing hurricanes and tropical storms and provide the forecasts and warnings we depend on to stay safe.”

The combination of several climate factors is driving the strong likelihood for above-normal activity in the Atlantic this year. El Nino Southern Oscillation (ENSO) conditions are expected to either remain neutral or to trend toward La Nina, meaning there will not be an El Nino present to suppress hurricane activity.

“NOAA’s analysis of current and seasonal atmospheric conditions reveals a recipe for an active Atlantic hurricane season this year,” said Neil Jacobs, Ph.D., acting NOAA administrator. “Our skilled forecasters, coupled with upgrades to our computer models and observing technologies, will provide accurate and timely forecasts to protect life and property.”

This year, as during any hurricane season, the men and women of NOAA remain ready to provide the life-saving forecasts and warnings that the public rely on. And as storms show signs of developing, NOAA hurricane hunter aircraft will be prepared to collect valuable data for our forecasters and computer models. In addition to this high level of science and service, NOAA is also launching new upgrades to products and tools that will further improve critical services during the hurricane season.  NOAA will upgrade the hurricane-specific Hurricane Weather Research and Forecast system (HWRF) and the Hurricanes in a Multi-scale Ocean coupled Non-hydrostatic model (HMON) models this summer. HWRF will incorporate new data from satellites and radar from NOAA’s coastal Doppler data network to help produce better forecasts of hurricane track and intensity during the critical watch and warning time frame. HMON will undergo enhancements to include higher resolution, improved physics, and coupling with ocean models.

As the hurricane season gets underway, NOAA will begin feeding data from the COSMIC-2 satellites into weather models to help track hurricane intensity and boost forecast accuracy. COSMIC-2 provides data about air temperature, pressure and humidity in the tropical regions of Earth — precisely where hurricane and tropical storm systems form. Also during the 2020 hurricane season, NOAA and the US Navy will deploy a fleet of autonomous diving hurricane gliders to observe conditions in the tropical Atlantic Ocean and Caribbean Sea in areas where hurricanes have historically traveled and intensified. 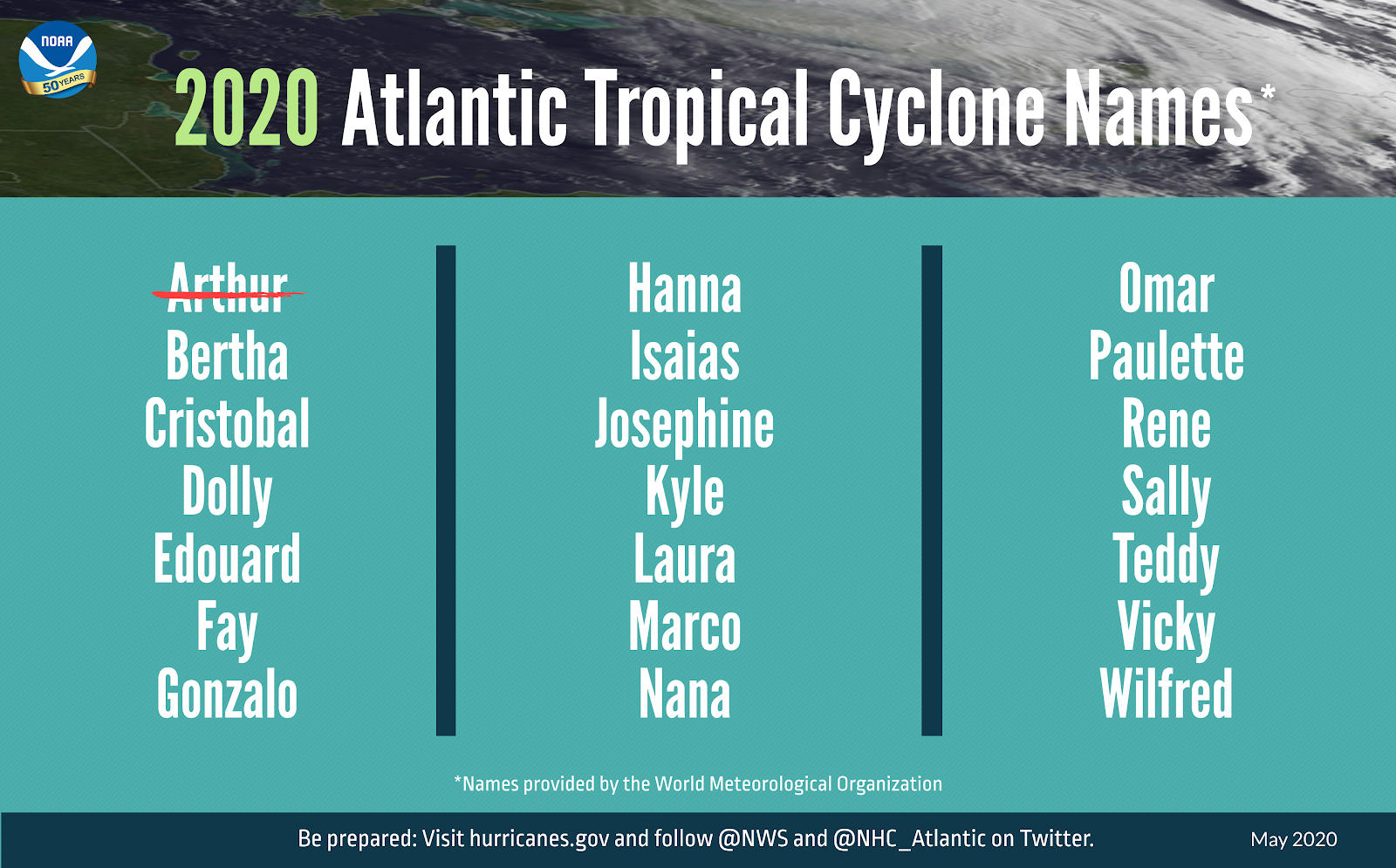 As with every hurricane season, the need to be prepared is critically important this year. “Social distancing and other CDC guidance to keep you safe from COVID-19 may impact the disaster preparedness plan you had in place, including what is in your go-kit, evacuation routes, shelters, and more. With tornado season at its peak, hurricane season around the corner, and flooding, earthquakes and wildfires a risk year-round, it is time to revise and adjust your emergency plan now,” said Carlos Castillo, acting deputy administrator for resilience at FEMA. “Natural disasters won’t wait, so I encourage you to keep COVID-19 in mind when revising or making your plan for you and your loved ones, and don’t forget your pets. An easy way to start is to download the FEMA app today.”

In addition to the Atlantic hurricane season outlook, NOAA also issued seasonal hurricane outlooks for the eastern and central Pacific basins. NOAA’s outlook is for overall seasonal activity and is not a landfall forecast. The Climate Prediction Center will update the 2020 Atlantic seasonal outlook in August prior to the historical peak of the season.  Hurricane preparedness is critically important for the 2020 hurricane season, just as it is every year.

Keep in mind, you may need to adjust any preparedness actions based on the latest health and safety guidelines from the CDC and your local officials. Visit the National Hurricane Center’s website at hurricanes.gov throughout the season to stay current on any watches and warnings.

Why Is The Aussie Govt Leaving A Carbon-Tax Back Door Open?

Forecast models encounter reality | Watts Up With That?

Both conservatives and liberals want a green energy future, but for different reasons

Why Is The Aussie Govt Leaving A Carbon-Tax Back Door Open?

Noam Chomsky: ‘Coronavirus pandemic could have been prevented’ | News

Response to Ninth Circuit’s Decision on California Climate Litigation: Ruling Underscores Why the Supreme Court Should Hear These Cases

Why “Irresponsible” Governments Are Failing To Protect Citizens From COVID-19, Climate Change

How COVID-19 Dooms the Climate: Another Silver Lining!